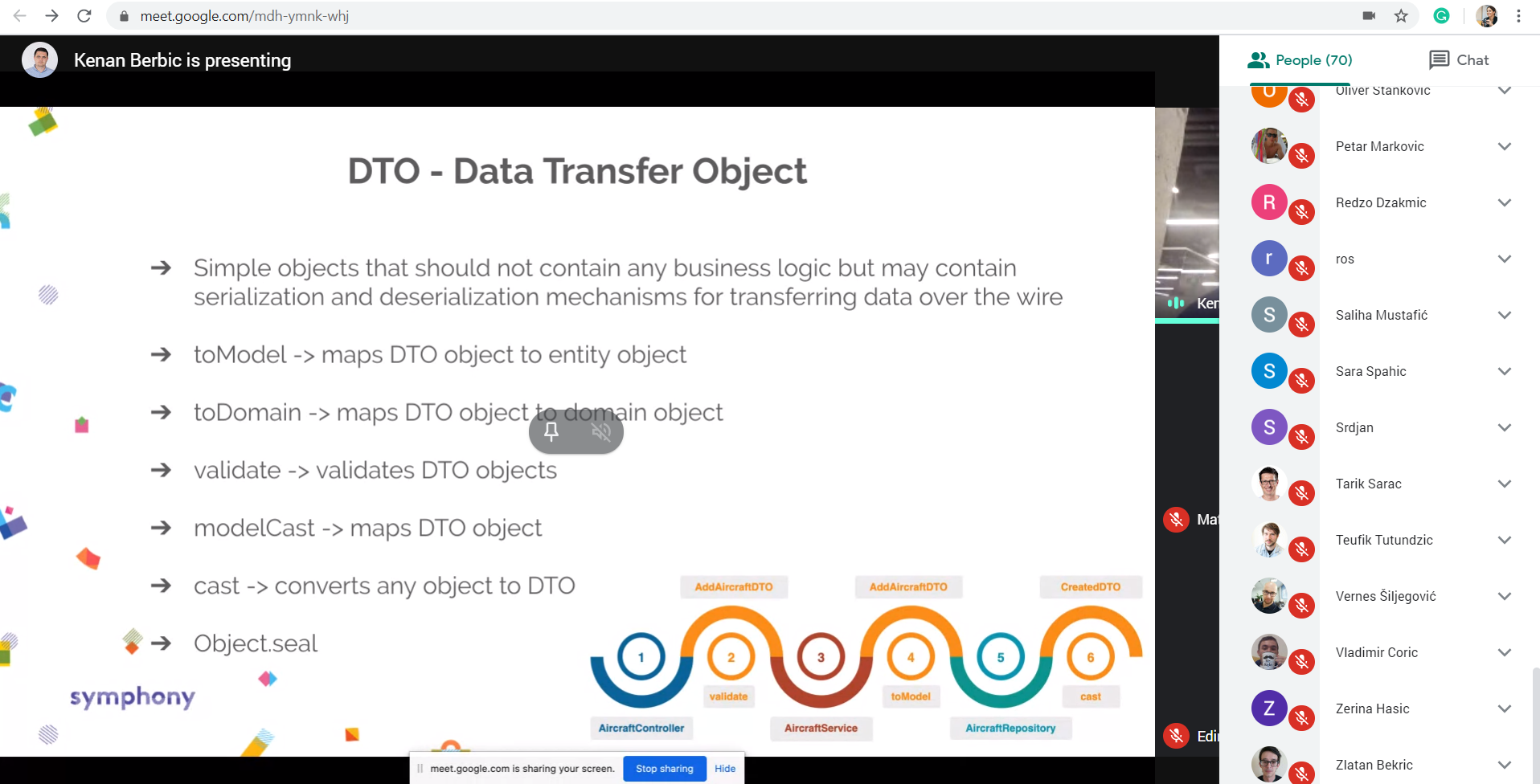 The 11th SPARK Tech Meetup was held on Saturday, and this was the first in a webinar format. Node.js was the main topic of the event. In recent years, this is a name that has been constantly mentioned in the web developer community. Immediately after being introduced by Ryan Dahl in 2009, Node.js became a new trend in the programming world. It is also used by the developers of the NSoft Group. In light of all this, it is logical that we devoted one meetup to this topic alone.

About 120 developers and those planning on becoming one involved in an online meetup, and we had three lectures for different knowledge levels. Filip Crnjac (NSoft) talked about Image Upload and Conversion to webP using Node.js and Express.js for beginners, Muhamed Mujić (Infobip) delivered a lecture on Building Scalable WebRTC Gateway with NodeJS for participants with an intermediate level of knowledge, and Kenan Berbić (Symphony) gave his lecture to advanced Node.js users on Domain-Driven Design with NodeJS and TypeScript.

All in all, a well-spent Saturday day. 🙂 Meetup was free thanks to our partners NSoft and the US Embassy in BiH.