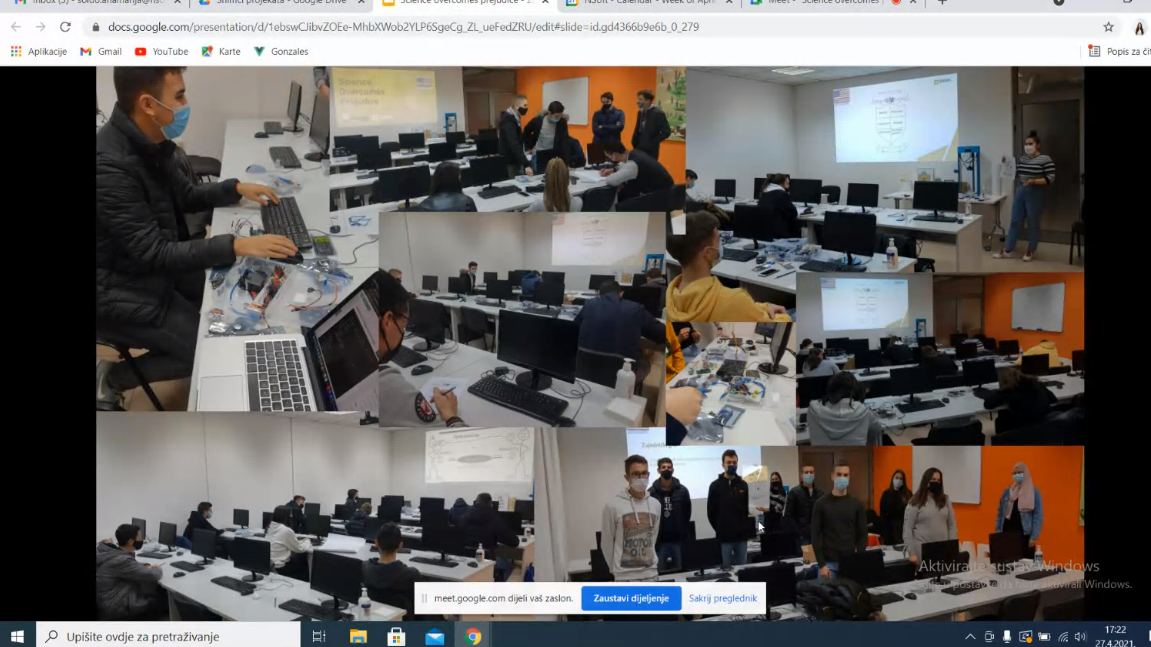 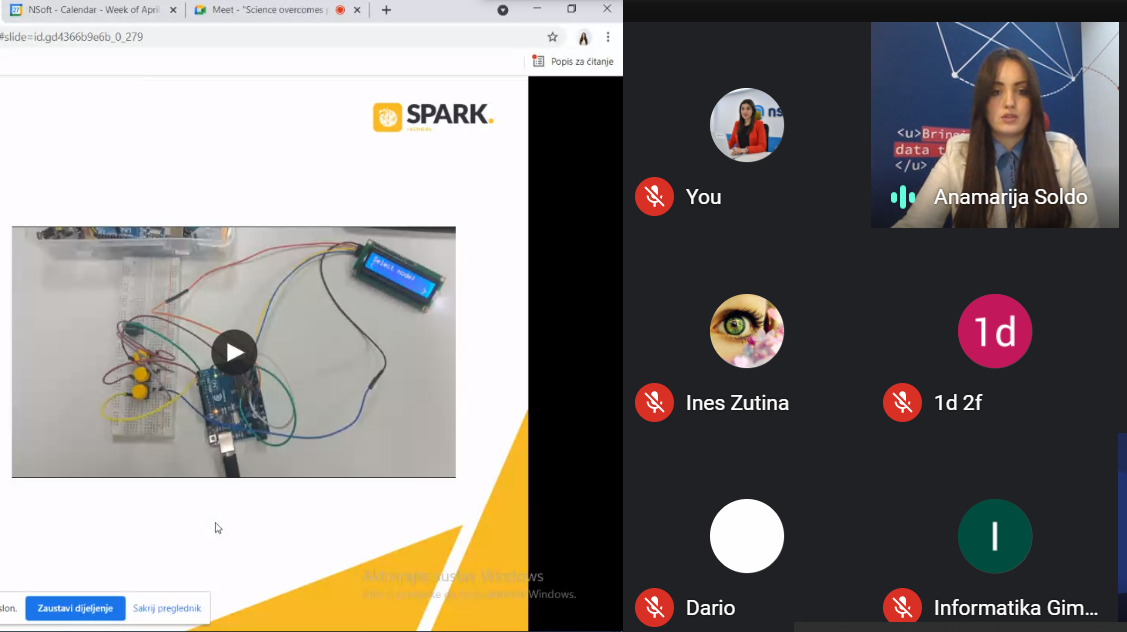 Eighty high school students divided into eight groups attended robotics and electronics workshops over the course of March and April. They were working on the projects that were presented on Tuesday at a virtual fair held via the Google Meet platform.

This was the second phase of the project Science Overcomes Prejudice organized by SPARK and supported by the Embassy of the USA to BiH.

In those challenging times, and respecting the social distance, the students manage to acquire new skills. This is supported by the fact that 75% of participants graded their knowledge of the Arduino platform with A or B compared to the start of the project. 98% of them gave us the highest grades when asked to rate overall experience during the project duration.

We must not forget to praise the engagement and support of the professors and the schools’ principals. Without their full permission, we wouldn’t be able to realize the project at all.

The implementation of the project was supported by the U.S. Department of State. The Ministry of the Education, Art and Sport of the Herzegovina-Neretva Canton also approved the project.

The project start was marked with the donation of the STEM equipment to eight high schools in Mostar.